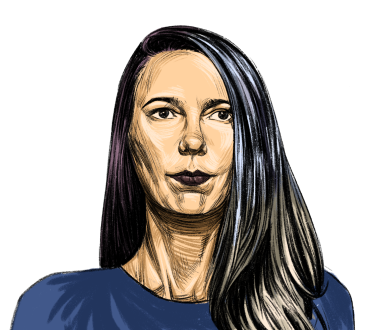 This world thrives on stories and those who own a flair for telling them. But when it comes to writing, the first question a writer often encounters is — who published your book? Or how many copies has it sold? But some writers go beyond digits because we get to consume their work in different forms. That brings us to a writer who has diversified her content and won thousands of paid subscribers.

Elle Griffin's journey is quite interesting, and she has experienced several creative avenues before taking up writing. She is the editor-in-chief of Utah Business and freelances with publications like Forbes, Esquire, and The Muse to write on startups in the creator economy.

While she also runs The Novelleist — a paid Substack newsletter, she is also a novelist by night. Her gothic novel Obscurity is her ongoing project, available on Substack. Recently, she became a Substack fellow, which extended a $7,000 grant to invest in her newsletter. The Novelleist has also been featured in The Morning Brew and The Business Insider.

Elle is also a rare digital creator who doesn't use social media apps on phones — this works as a form of a digital detox as she balances her screen time, creating, and reading. As the co-founder of Cryptopia, she also hosts an annual web3 festival in Utah. Let's understand her journey today.

Growing up, Elle desired to pursue a creative career and wanted to be a Broadway actress. But in college, she realized she wasn't a good singer or actor and that it wasn't the right career path.

"So I started looking at major options and decided to go with fashion merchandising. I was into Friends then and inspired by Rachel Green, who grabbed a job at Louis Vuitton in France, I took up fashion merchandising as my major and French as my minor. However, I didn't do any of those things."

After graduating, she worked as an assistant buyer for American Eagle Outfitters for a year before moving to the Bay Area with her husband. There she joined the cookbooks section at Williams-Sonoma and worked with diverse authors. Around that time, Elle wrote a blog on the side but never thought she could stir a career out of it.

"I thought maybe there's an adjacent career in writing, and then, I got into content marketing for Williams-Sonoma and later, at a tech firm. Soon, I landed a job at a content marketing agency and at a business publication, where I started my journalism career. Once I started writing for The Muse, it was easy to write for Forbes."

Elle spent three years writing her novel while working a full-time job, and considered it her passion project. After finishing the book in 2020, she understood the state of publishing.

"I was compiling the stats and discovered only 268 books sold more than a hundred thousand copies in 2020. The market for books seemed smaller than video, audio, or social media posts. Since I was working on a gothic novel, I realized it was too niche to reach the mass-market audience. My best-case scenario was to sell a thousand copies, where I'd make $5-10 per book."

Understanding the returns for years of work wasn't lucrative, Elle looked for other alternatives. Besides, several editors also told her that it wouldn't be seamless to get a book published without many Twitter followers or newsletter subscribers. 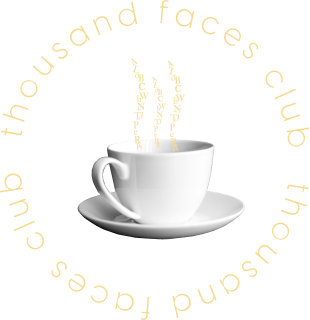 "An editor said the best thing you can do as a writer is build a platform for your work, and it can propel you towards anything. So, I launched my newsletter in February 2021 — now, I have over 4,000 subscribers and generated about $10K. I see this model works better than traditional or self-publishing." 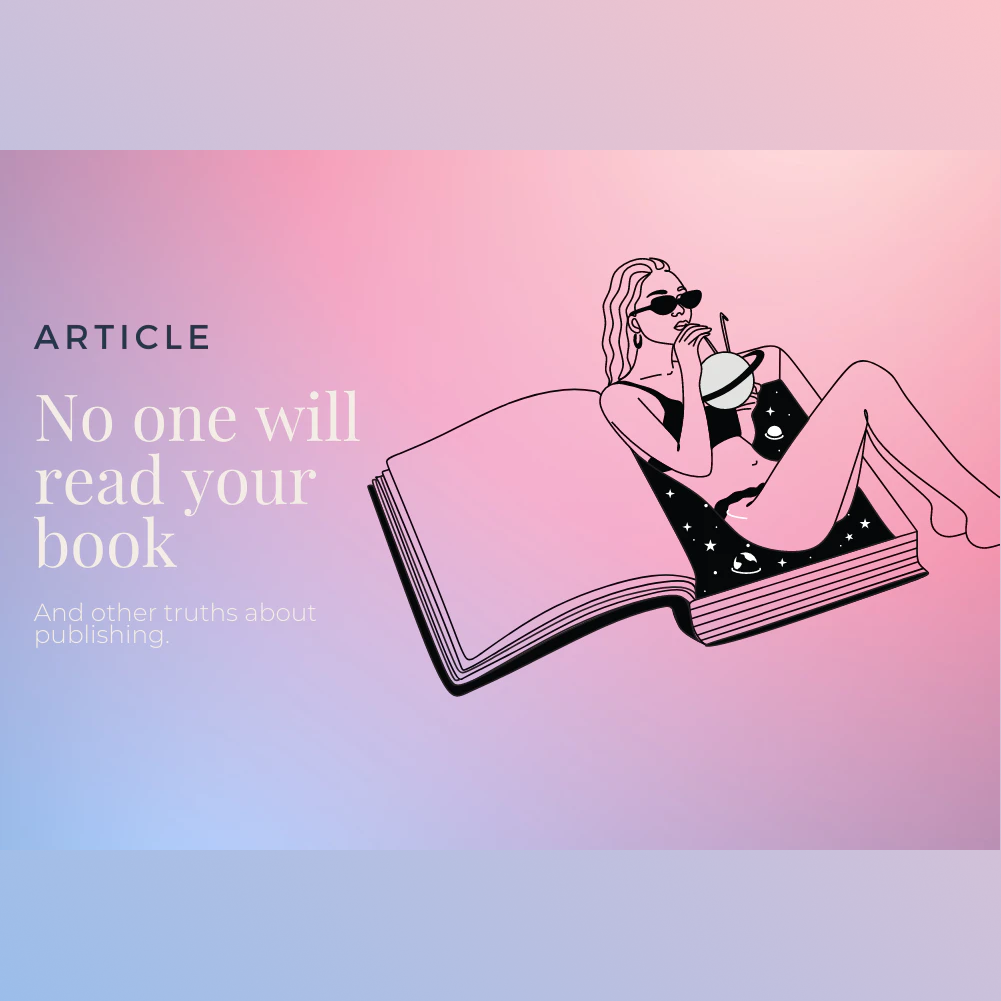 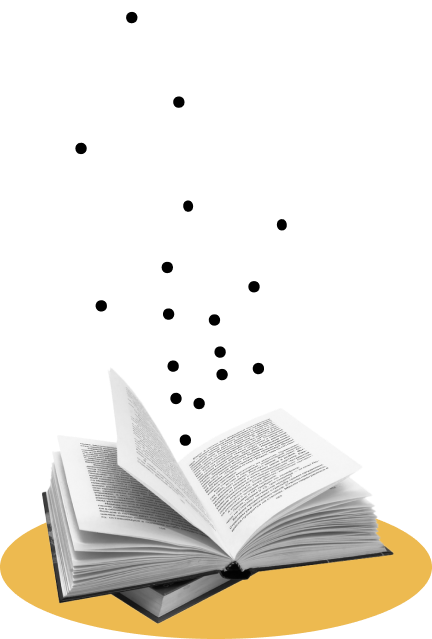 After writing the novel, she spent a year pitching to agents and publishing houses before working on her Substack profile. While looking for platforms to build her content on, Twitter was an obvious choice as it's a text-based social media platform.

"I chose Substack for my long-form writing as it allows owning my audience, and even if I were to leave Substack, I could still take my readers with me."

Elle's initial plan was to publish a book after building a solid audience; however, she decided to post it on Substack by releasing a chapter every week. Her second novel is now being crowdfunded using cryptocurrency, and after serializing it, she may publish it traditionally.

Getting Started on Substack

Let's take a step back and figure out how Elle got started on Substack, especially because she was one of the first writers to monetize fiction on the platform.

"When I was getting started, there were about eight fiction writers and a small group serializing fiction. Then I wrote an article — could the creator economy work for fiction writers? — and it went insanely viral."

That article led to a growth in the community of fiction writers, and eventually, Substack brought her in to lead a workshop for fiction writers. Thanks to that, Substack has roped in writers like Salman Rushdie to focus on fiction writing. Thousands of fiction writers are on Substack now! This made Elle start a Discord server Substack Writers Unite, to share best tips and practices and develop newsletter writing. This journey isn't as easy as it sounds, for Elle did profound research on serialized fiction.

"It was done in the past — Sherlock Holmes, The Great Expectations & The Count of Monte Cristo were all released in weekly newspapers. It's a viable model and better than releasing a book periodically with limited monetary returns. Besides, I began to look for similar use-cases and uncovered how relevant apps like Wattpad are to GenZ."

When Elle got 45 paid subscribers, she contacted them to find out what made them pay and understood they weren't reading her book — but it was the newsletter they dug. She changed the strategy to keep fiction free, which tripled her subscribers. 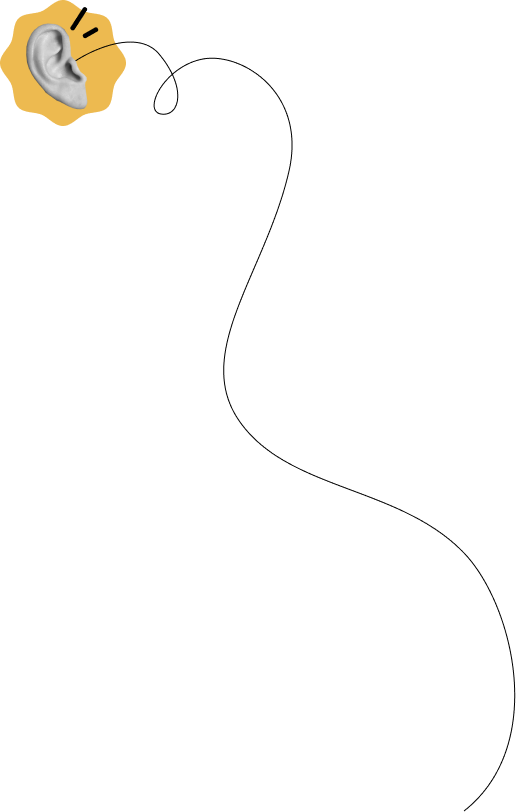 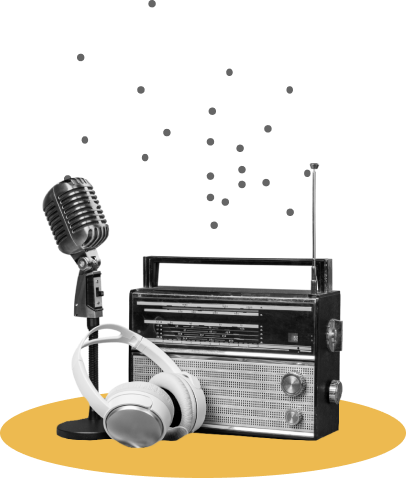 Elle has been quite active in the web3 world, and it began as an experiment to comprehend the funding scope for fiction in the Web3 world.

"A writer did it, and even Lee Siegel raised 25 ETH then to write a young adult novel. I was also curious because the wealthy tech elites were spending $20,000 on graphic art NFTs and wanted to see if they'd get as involved in books."

That's when she joined Mirror and came up with a novel specific to the platform — she wrote a prologue for a book called 'The True Story of Scott Paul', a fictional biography of a web3 angel investor.

After this experience, Elle wrote an article to show the future of funding art. 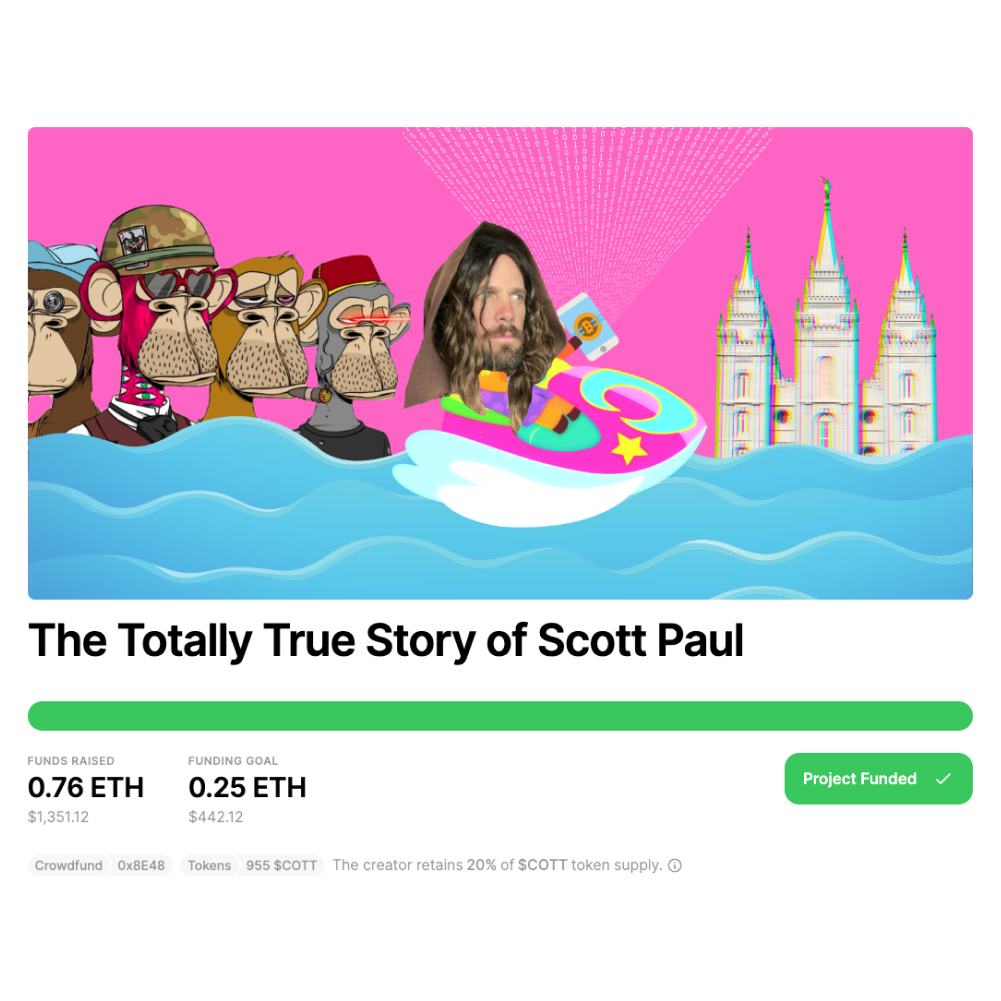 When Elle started writing fiction, she figured she'd develop an audience for fiction, but she developed a community of writers who were writing and figuring out stuff together. This changed her perspective on her newsletter and monetization strategy.

"Although I thought I might have to grow my newsletter only after solidifying my social media following, I realized I can continue growing solely from pitching and through a community of writers."

This mindset shift also helped her look at publishing in a new light because of how the entire publishing industry worked. With changing times, she thinks writers need to adapt too — there's no point writing like an 18th-century writer because the readers are digital-native.

Elle looks at her newsletter as a form of performative art for writing, and instead of emphasizing publishing, she's keen on writing and reaching an audience through different formats. The fact that her gothic novel was published on Substack caught the eyes of many.

"It's the same with my crypto novel, and because I published it on a web3 platform, the media wanted to cover it. Tomorrow, if I post it via TikTok, it'll be a fun experiment, and I can also document the learnings in my newsletter. I also want to write a rap album, so I'm exploring different forms of writing."

Like most new-age digital creators, Elle balances her time between a day job and creating. She usually wraps up the newsletter before her day job, and after work, she focuses on community building — responding to comments, emails, and pitches to editors.

"I focus on side projects on weekend mornings and spend the later part of the weekend hiking, doing yoga, and unwinding. The trade-off is that I spend a lot of time in front of the computer, so I get out often."

Elle has accomplished quite a bit, and she says she feels successful. But she's keen to explore making a living out of her newsletter, as it would be a dream come true for any writer.

"But I don't need that to be happy as I have projects and goals I'm working towards. Whether I get there or not, I'll feel successful at the end of the two years."

We're certain Elle will tell hundreds of impactful stories and figure out avenues to remain creative. She says she'll write no matter what because it's how she processes the world and that her newsletter is like her diary.

"Whether I get paid or not, I'll create."

She has learned from her mentor at Substack, who now makes six figures writing the newsletter, that it takes ample time to get there — perhaps two challenging years. She intends to focus entirely on the newsletter by December 2023, and while she has a long way to go, she's right on the track. Having found a semblance amid this chaos, Elle says it's all worth it, and she wants to work on everything she loves. 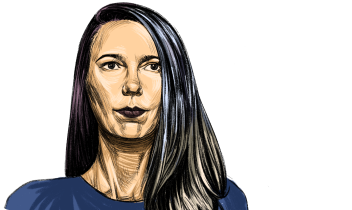 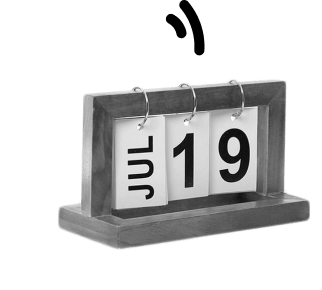 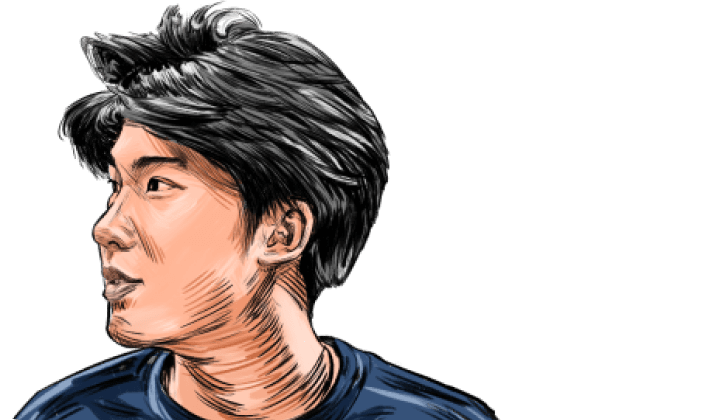 A teenager who gained millions of TikTok followers through reaction videos 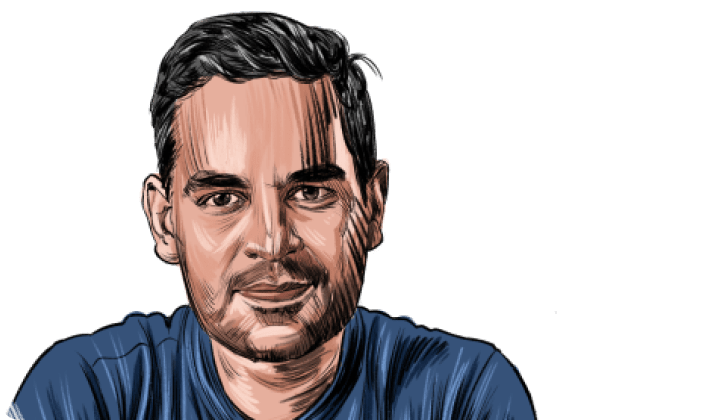 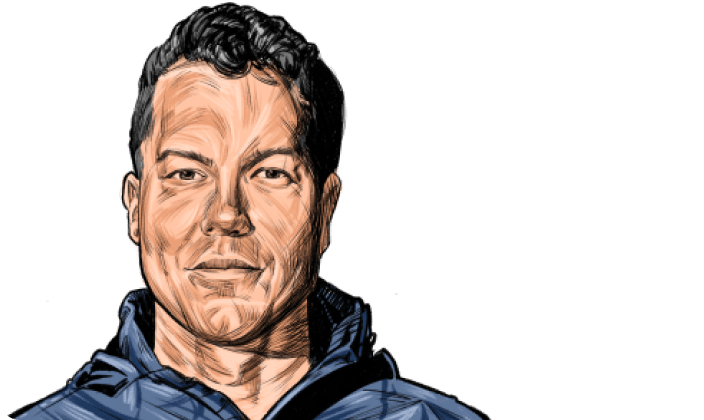 A writer who built a $20 Million media company